Yesterday I left Edinburgh and took a six-hour train journey north, through Inverness to the tiny town of Golspie on the North Sea. Last summer I stayed in a little inn in a little seaside village in Scotland as well. That village (Stonehaven) had a population of 11,000. Golspie has a population of 1,650. So.

It’s main (only?) draw is a golf course. It’s got a main street (one), no traffic lights except for one crossing signal near the school, a coffee shop, two tiny grocery stores, one chippy, four small inns, a payphone, and one bus stop. Well, two I suppose — one in each direction. The train station has a slightly covered bus shelter for the rain, and, as I learned on my last day when I arrived early to be sure of finding the correct platform on the correct side of the track, only one platform to choose from. The station one stop down the line is even smaller, and has a red spigot with two small red buckets hanging beside it labeled “FIRE”. Yep, I believe that’s the fire extinguisher and fire hose all in one.
Everyone I’ve encountered who isn’t from here is between 60-80 years old, and the one tiny gift shop sells mostly scarves, china plates, aprons, and flowery greeting cards.
AND I LOVE IT.
I checked in to my tiny seaside inn (the Golf Links Hotel, which I wholeheartedly recommend) as soon as I arrived, around 8:30pm. It’s run by a lovely couple from Yorkshire, Linda and Richard. It has I think 9 rooms, a formal dining room (used for both breakfast, which is included and cooked to your request, and dinner, which is cooked by Linda and served by Richard), a bar with over 200 varieties of whisky to choose between, and a lounge/sitting area with big comfy chairs and couches overlooking the front garden and the North Sea.
I stayed in a spotlessly-clean, beautifully-decorated, utterly cozy room with a sea view. It came with bottled water, tea and cookies at no extra charge. It had two twin beds with electric blankets on the mattress under the seat, so you could warm up the bed before getting in. It was PERFECT.
Richard gave me a tour of the property before showing me to my room and giving me my old-fashioned key. Dinner service had stopped at 8pm, I learned later from a sign, but he asked me if I’d eaten and when I said no, told me to settle in and then come down for supper if I liked. So I did, and had a solo home-cooked meal in the formal dining room before retiring to the sitting room with a book and a glass of whisky, while the wind howled and the waves crashed outside.
The next day I had breakfast in the dining room (cooked and served by Linda). I had tea, orange juice, cereal, brown toast with butter and jam, scrambled eggs and suasage. It was delicious. I got to see the other four(?) hotel guests too, which was fun. Then I took a bus to my chosen stables, and visited with horses and the stablehands for awhile, groomed my horse for the day (Eli), and had a seven-mile private trail ride along the beach, past a castle, up through fields of heather into the woods to the top of the hills overlooking the ocean, through fields of cattle, and more. Then I unsaddled and groomed Eli and turned him out to the pasture, and then walked four miles home (along the beach, through fields of cattle, past a castle, etc). It was SO GREAT.
I explored the town on my way back, which took approx 10 minutes because there’s really only one street. I was hungry. The restaurant options were:
1 Chinese takeaway (closed)
2 tiny grocery stores (pre-made sandwiches and such available)
3(?) hotels that serve meals (only the hotel guests seem to partake)
1 coffee shop (closed)
1 chippy (PACKED with a line out the door).
I had dinner in the formal dining room of my hotel again. It was just as lovely. Toward the very end of my meal another solo hotel guest came in, but otherwise it was just me. By this point I’d heard the dining room CD about five times, and was able to predict which track was next. It skipped throughout most of one track, but it was a highland reel and the skipping was such that it made the song in double-time, which was actually fairly pleasant.
Then I read for awhile in the lounge and went up to bed, to catch an early train back to Inverness where I’ve hired a car and am going to drive across the country on the left. Wish me luck! 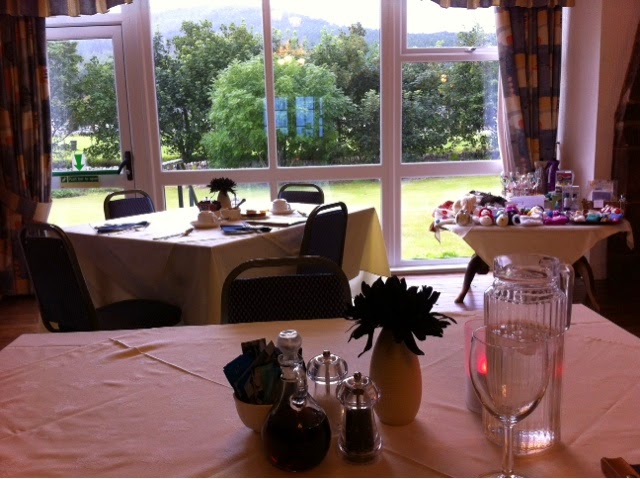 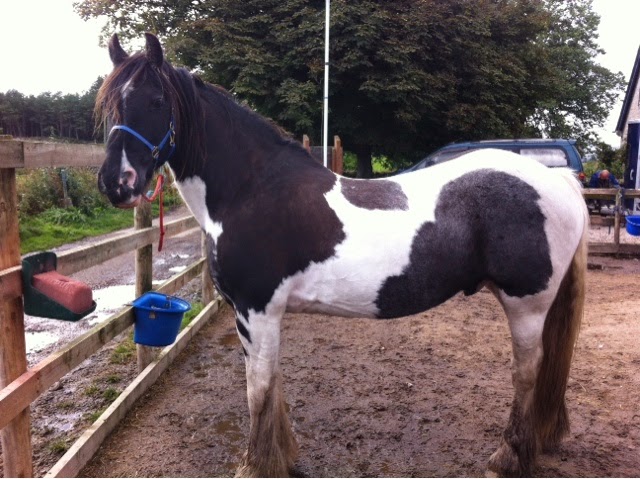