23 June, 2018: After the week at the seaside with Debbie as my very kind nurse, and after a hellish day-long journey to Lisbon, I met my host and her cats and collapsed into bed. I had planned to visit the doctor the following Monday (I arrived on Saturday), and my host had offered to help me find one.

When I woke up late in the morning on Sunday, my host was out for the day, and I had the place to myself (well, me and the two lovely cats — more about them soon). I got up and took a shower…. and then was so completely exhausted and out of breath that I had to take a nap. When I woke up an hour or so later, I had had enough; I picked myself up, Googled “expat walk-in clinic Lisbon” and ordered an Uber.

The car ride was exciting, because a large portion of the main highways in Lisbon were closed for some sort of festival, and cops were rerouting traffic in ways that felt straight out of a Kafka novel. I’ve never seen an entire major highway closed and covered with tents and music stages before.

The drive took close to an hour (it would normally take maybe 15 minutes). Most of it consisted of long circles, exiting one highway, trying to get on to another, running into a road block, asking a cop for directions, being pointed off in a brand-new direction, making another long circle, meeting another cop, getting more directions, making another loop, and finding the first cop again. Since I couldn’t do much besides sit around anyway, it was at least a way to see more of the city!

When I got to the clinic, the very kind receptionist took one look at me and insisted on wrapping me up in her shawl, as the waiting room was slightly chilly and I must have looked cold (or perhaps just miserable). I was so overcome by her kindness, and by relief that I was going to get some medicine and feel better soon, that I immediately started crying, which I’m sure made her feel even sorrier for me. She brought me water, and kept checking on me, and after about 10 minutes another nurse brought me back to take my blood pressure etc.

Or at least, she tried — as I mentioned before, healthcare in Portugal isn’t quite up to Western standards yet. The blood pressure machine was from approximately the 1970’s and was not working, so we skipped that part. She did manage to weigh me and record my height, and then she brought me back to the waiting room to await the doctor.

A few minutes later the doctor called me back to his consultation room, which was more of a regular office, with a desk and a couple chairs. He talked to me for a bit, gathering info on my symptoms, how long I had been sick, how it started, and what medicine I had tried (he rolled his eyes at the expectorant the pharmacy had prescribed). Then he did a short ear and throat exam, and then got out his stethoscope and spent rather a long time listening to my breathing.

When he was finished, he said that he was almost certain I had a bad case of pneumonia, and that one lung in particular had very little capacity, which explained why I felt like I couldn’t breath. He said that to be absolutely certain he would need tests at a more well-equipped facility, but that he was sure enough that we could forgo those, and instead get me started on antibiotics right away. He then chastised me for waiting too long to see a doctor, and ended by promising that he could make me “well enough to cheer for Portugal in the world cup” in just a couple days. After receiving my solemn promise that I would, in fact, cheer for Portugal, he smiled and wrote me a prescription and explained how to find and take all the medicines. He was very kind and I kind of liked the outdated facilities and lack of equipment — it was more like going to the doctor must have been in the olden days, when they had to rely more on experience and instinct than scientific tests (yes, I know that’s not a great time to romanticize, but I enjoyed my visit and I liked the doctor, so leave me to it).

I went next door to a pharmacy to collect my antibiotic, prescription-strength Tylenol, decongestant, and inhaler. He had told me how to use the inhaler and promised me that it would be a big help — I tried it as soon as I left the pharmacy, sitting on a bench outside to rest, and it was like magic! All of a sudden I could take an almost-full breath. I was so grateful.

The inhaler helped enough that I walked a whole two blocks and sat at a cafe to drink an orange juice and eat a croissant so that I could take my antibiotic without getting sick. That excursion was more than I had accomplished in days. Then I took an Uber home and went back to bed.

The doctor was right: after only about two days on antibiotics and using my inhaler, I started to feel almost normal again. I was still sick, but I could walk around and function without having to stop and rest every ten feet, or take a nap after the slightest activity. The timing was good, because I had two friends/colleagues in the city that week, both of whom were leaving in a few days. I was able to meet them for an evening of coworking and visiting at a fabulous coworking space called Heden.

I also managed to lock my host *inside* her apartment when I left for this evening coworking session, which led to a slightly tense day or so because I had made her late for a dinner meeting. In my defense, I don’t think it should be possible to lock a door such that it cannot be opened from the inside; that seems like a pretty major design flaw/safety issue, but maybe that’s just me. In any case, I never locked the door from the outside with my key again, and my host and I were friends again by the next afternoon. She was very sweet and kind, listened to a lot of good jazz, and introduced me to some delicious Portuguese cheese and vino verde (green wine: so named because it’s made from young grapes; it’s slightly effervescent and quite good).

Her house was full of character from her travels all over the world (she was once a foreign correspondent and had fascinating stories). Her two cats were absolutely lovely, too. They were Monk (full name: Thelonious Monk) and Ziggy (full name: Ziggy Stardust). Monk was the elder, and mostly liked to just hang out. Ziggy was a teenager and liked to play. Both of them were allowed to roam the rooftops, and had a habit of coming back inside via the skylight in my room, which prompted a coworker on a video call to once exclaim “Shasti! It’s raining cats in your room!”. 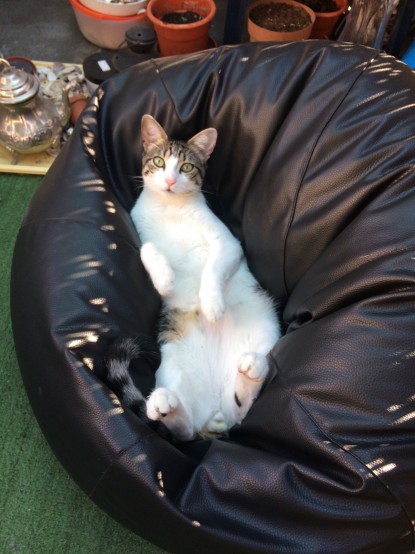 Ziggy is a weirdo

Back to the story… after I went home to let my host out of her house, I rejoined my friends for dinner. I had octopus for the first time (meaty and quite good), and I learned how to debone a grilled sardine the size of my face with a couple deft (I’m using the word loosely) cuts and tugs. While in Lisbon I also grew to love good chorizo sausage, and a classic egg and bread soup (very much a “use the leftovers” kind of dish, which are usually some of my favorites).

I also stopped at a famous street booth for the local liquor specialty, Ginja: a shot of cherry brandy with real cherries in it: 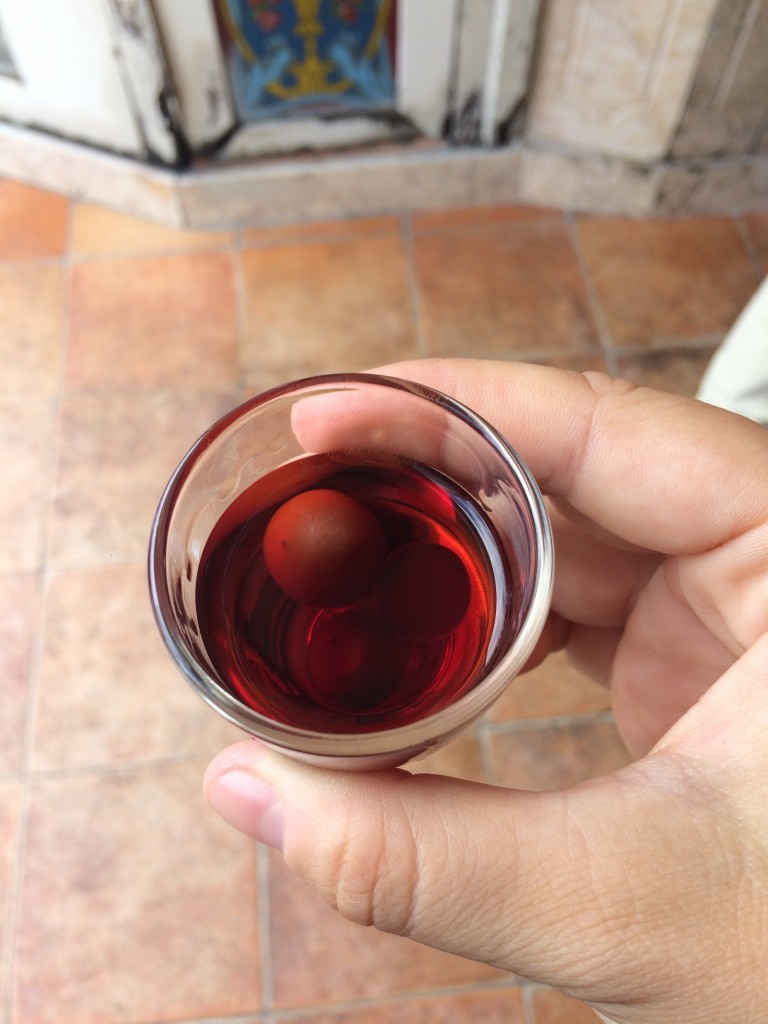 On my dad’s excellent recommendation I also made a special trip to visit the original egg pastry shop, for a fresh/hot/authentic pastel de nata (or more specifically, pastel de Belém, handmade on site from a secret recipe since 1837). It was knock-your-socks-off delicious, so much so that I made the same special trip again the next day. 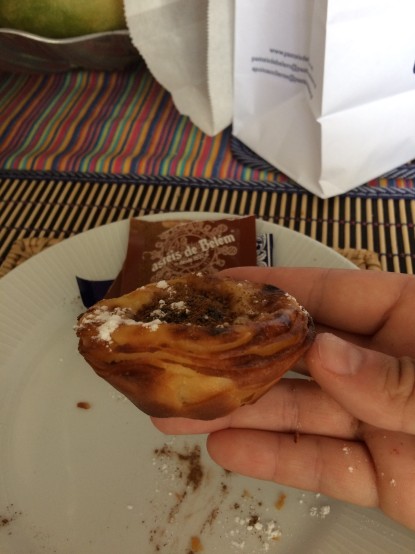 Making special trips like this is easy in Lisbon, because the public transport options are excellent. There are buses, trains, trams, funiculars for the steep hills, and tuk-tuks to whiz you around as needed: 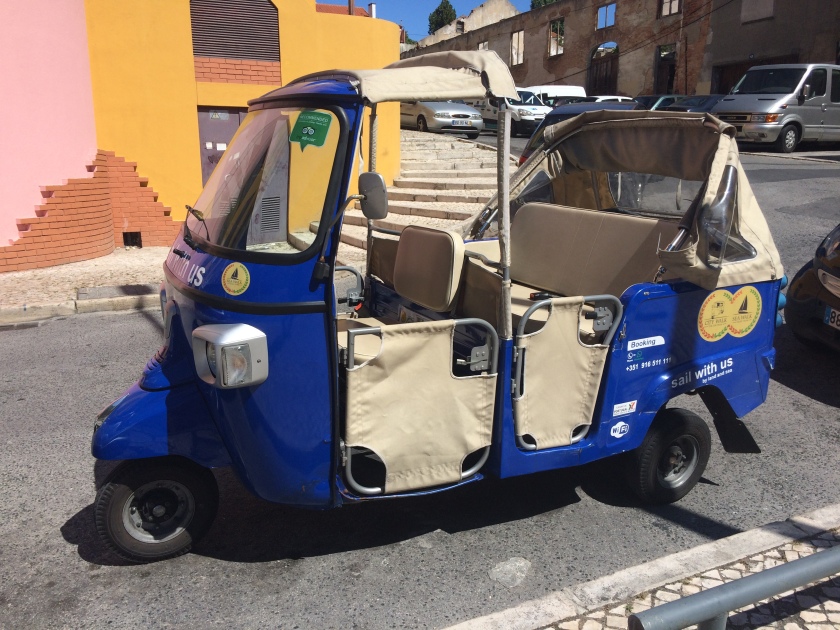 I also got my fill of culture in Lisbon. I saw an experimental electronic noise-rock trio in a basement, went to a new play performed in Portuguese at a fringe theatre, attended a zillion museums, and accidentally stumbled across a street party with food, decorations, and dancing for some saint or other’s feast day:

I loved how much music there is in the city; it feels like every other restaurant and bar has live music, plus street festivals and regular shows at venues. I also loved how much art there is — on top of the many excellent museums for all types of traditional and contemporary art, the street art scene is above and beyond: 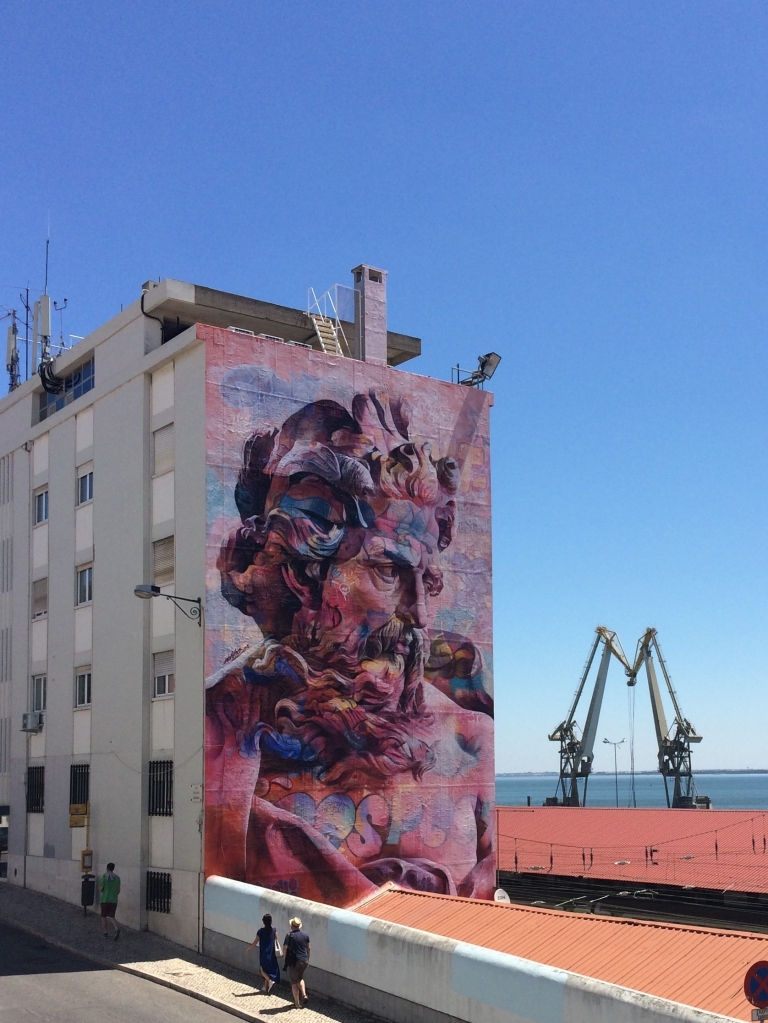 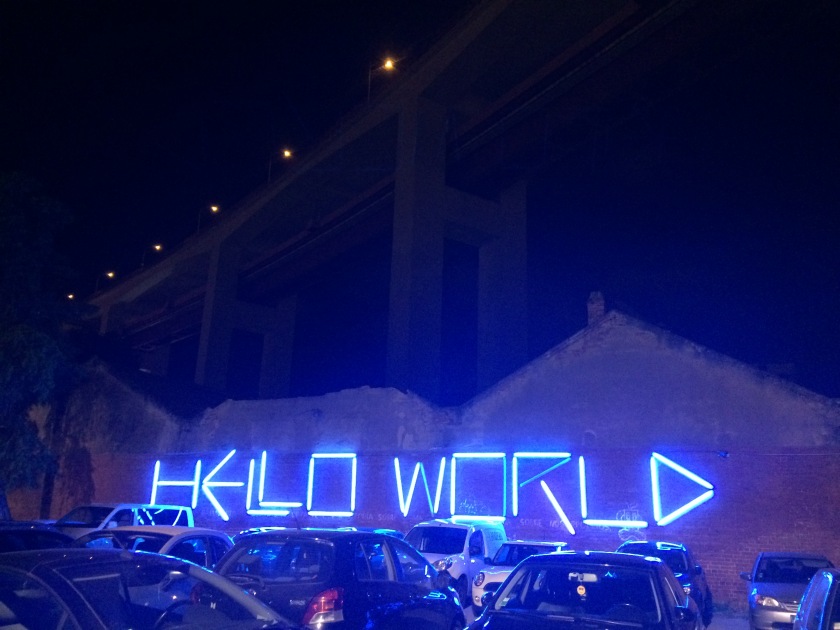 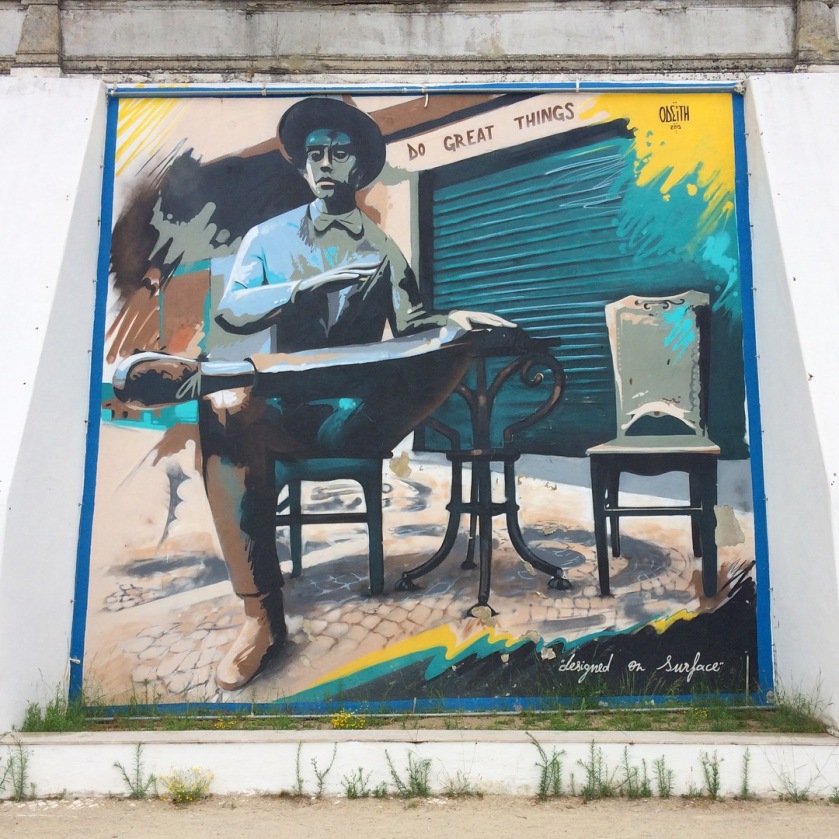 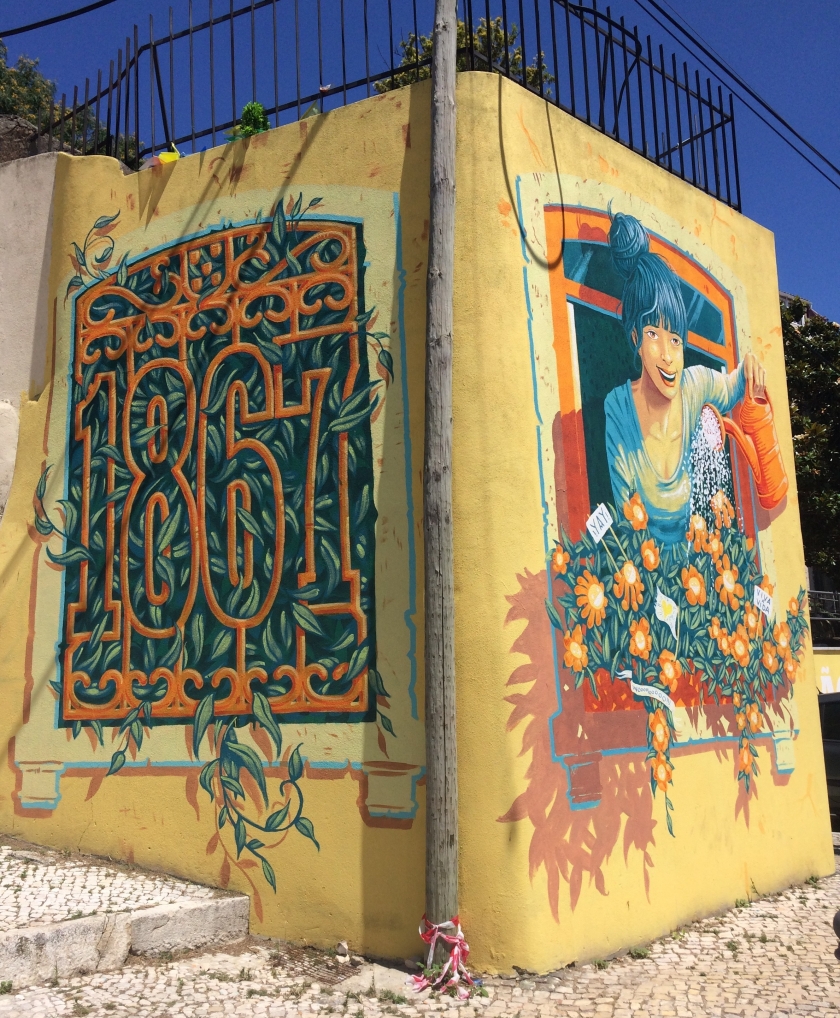 The street art was definitely a highlight of the city for me. Museum-wise, there are tons of options: a great contemporary art museum, a fascinating museum of the history of Portuguese naval exploration, lots of traditional fine art museums, and more. I was most surprised by how much I loved the tile museum! Portugal has a long history of incredible decorative tile art, and it’s all over the city. The tile museum had lots of information about the history of the art form, and how it was influenced by Moroccan traditions and then later by Dutch tile art. There were also lots of really amazing pieces, like these: 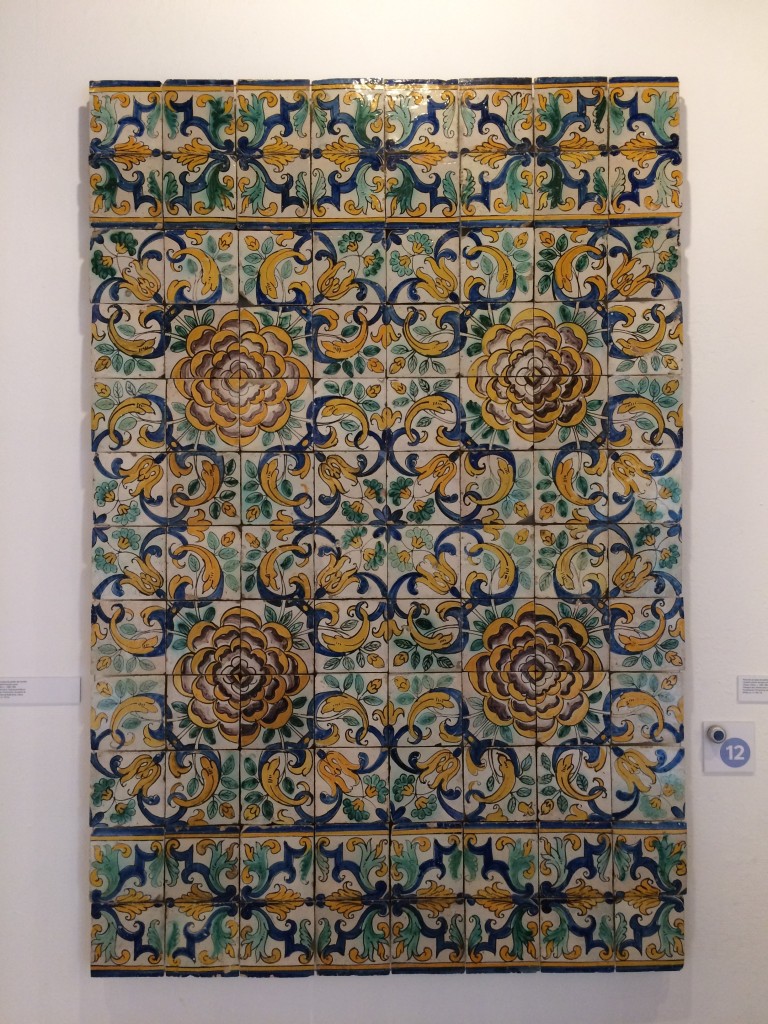 I ended up spending several hours there. As a bonus, many of the museums in Lisbon are housed in former monasteries, like the museums of naval history and archaeology in the Jerónimos Monastery: 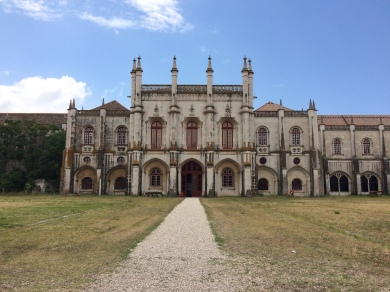 The tile museum is located in a former convent that was built in the early 1500’s, and it also features an absolutely incredible chapel: 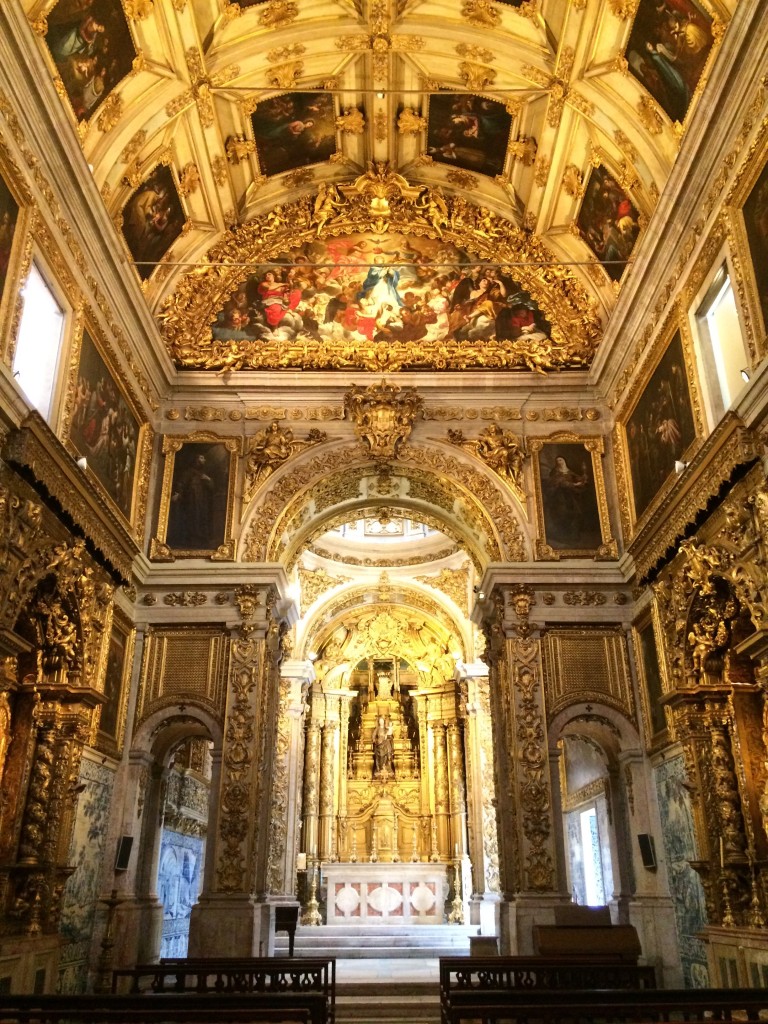 As you can probably tell from the length of this post (especially given that I was only there for two weeks), I had an amazing time in Lisbon, and I’d happily go back one day. And I haven’t even mentioned the two day trips I took outside the city: more on those soon!