11 July, 2018: Altogether we were in Florence for about a week, and saw more art than I could count or photograph. “Don’t forget to look up!” became our running refrain, as every building we entered had stunning frescoes and carvings on the ceilings. 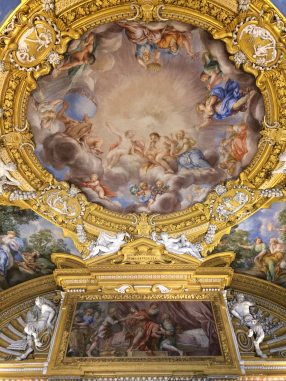 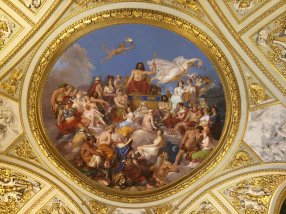 You really can’t go wrong with museums and art in Florence. There’s so much to see (thanks, Medicis!), and the quality is unsurpassed. The only real downside is that the city is overrun with tourists, so making an effort to find the slightly less-well-known attractions and getting away from the main streets for things like restaurants is a good idea. Despite the crowds, though, the main museums truly aren’t to be missed.

One thing that’s easy to forget about the Medicis, though, is that they weren’t only collecting incredible art and opulence to show their power. They were also collecting, and funding, the pursuit of knowledge and exploration. While the results were predictably exploitative in many ways, the results are still stunning. One of my favorite stops was at La Specola, the oldest scientific museum in Europe. It was founded by the Medicis and was originally their personal collection, but was opened to the public as a museum in 1775. It houses the largest collection of 18th-century wax anatomical models in the world.

Created by artists and taking in some cases as long as 10 years to complete, the level of detail and artistry is amazing — detailed and accurate, as these were designed for medical students to use in their studies, but also highly artistic. I’ve included a couple pictures, but the reflection from the cases was a little more of a challenge than my phone camera could handle; the link above has much better photos.

Some have faces (which are deeply expressive), the larger ones are carefully posed, all have specially-made frames, and the level of detail goes down to veins and nerves, which were modeled using silk threads coated in colored wax and painstakingly shaped.

Rather than being created from a single wax source and then painted, each color was a separate colored wax, which means the color is impregnated in the wax rather than being a coating on top; part of the reason they’ve lasted so long and kept their remarkable color, but adding immeasurable hours to the process. The real human hair they often used was not so fortunate, however; it lost color over time.

On top of the complexity of the modeling process, the artists (who were often highly-regarded normal artists and sculptors recruited for the project) were working from reality — in other words, they required a supply of fresh corpses. If you’re creating a model that’s going to take ten years, a single corpse won’t last that long in a hot country like Italy in the pre-refrigeration age. They worked underground where it was slightly cooler, but I can still hardly imagine the working conditions.

The museum also houses an impressive zoological collection, including taxidermy and insects from all around the world, collected by order of the Medicis. There are entire rooms of birds, animals, butterflies, even reptiles and fish. There was also a mineral room, with rocks from everywhere!

In the natural progression, let’s move on from discussing human corpses and stuffed birds directly to food! It’s impossible to go to Italy without being in continuous awe of the food. Some of the best meals of my life, without question. The gelato! I don’t even normally like gelato that much, but in Italy, the gelato is fabulous. The pasta! I sure do like pasta normally, but there’s a whole different level of pasta in Italy. The pastry, the tiramisu, the panna cotta, the zabaglione, the gnocchi, the pizza, the wine…. I could go on and on.

Everything you’d expect to be amazing in Italy was, with one crucial exception: the bread. I don’t understand it. All these years, I’ve loved “Italian bread”; served with every Italian meal, used to sop up the extra pasta sauce, hearty, crusty, chewy in the middle… but no. I’ve been deceived. The bread in Italy, at least where we were, was either in the focaccia vein (fine), or just generally boring. Luckily, though, the bread was made up for by the lampredotto.

If you had told me a few years ago that I would be eating the fourth stomach of a cow on the streets of Florence… well, I probably would have been excited about it, to be honest. But still, it was a little unexpected. Lampredotto is a Florentine peasant food (peasant foods are always the best); a hearty sandwich using slow-cooked meat from the less-desirable parts of the animal (specifically that fourth stomach), piled on hearty bread with peppers and lots of sauce. Designed to cheaply feed manual laborers on their lunch breaks, it’s still widely available at street stands throughout Florence, but pretty much unknown outside the city. And it. is. delicious.

On top of the piles of Renaissance art everywhere, Florence has a very good street art scene. There aren’t tons of artists working (from what I could find), but there were a few very prolific ones that I liked a whole lot. Two of my favorites were Ache77, who does these wonderfully expressive faces, and Blub, who takes popular subjects and famous paintings and places them underwater in snorkling goggles. 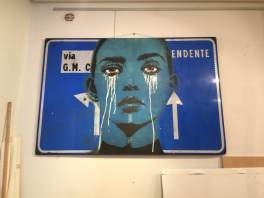 We had a fantastic week in Florence, and were sorry to leave — it would be easy to spend weeks there and still not see all the art. We had to get moving, though — next up was Cinque Terre!