It’s pretty great, you guys.
So ok, let’s list some negative aspects first, to keep things in perspective…
• It’s flat (I know that could be viewed as a positive thing, but come on, it’s topographically BOOOOORING).
• It’s not close to any large bodies of water.
• The weather is weird (based on today, anyway, when it was alternately hot, muggy, super windy-but-still-hot, sunny, rainy, and chilly-but-still-oppressively-humid).
• Ummmm… yeah, that’s all I’ve got so far.
Positives:
• IT’S AMAZING!
• Details to follow 🙂
Other thoughts, briefly, before I pass out tonight in my adorable homestay with a four-poster bed and a nice gay couple with an adorable dog (“the name is Bootsmann, but she is a woman”) as hosts:
• I bought a five-day transit pass and then spent like five hours walking everywhere today because I wanted to see it all.
• You can sit outside and linger and watch people while eating or drinking at any cafe/restaurant/bar for hours and they don’t mind.
• There are a zillion dogs but they all have perfect manners (thanks to German training efficiency, as Brendan says).
• Everyone rides bikes but I haven’t seen a single person wearing a helmet.
• They have this thing with bears, like as a symbol, and I don’t really get it (must research).
• Oh, the Germans. They get very put-out if you don’t follow the rules. But everyone pretty much does follow the rules, so things generally seem to function smoothly and efficiently (example: the subway system. No turnstiles, no gates, no swiping a card, you just walk in and get on the train. You’re expected to pay, of course, and they do random checks and fines, but basically everyone pays, so they don’t need to force the issue and slow down the system).
That’s all the first impressions for now. More details on adventures later!
Oh, one more. One of my first thoughts while walking around the neighborhood where I’m staying:
“Ooh, there are so many nice German cars here! …Oh. Right. I’m in Germany.” 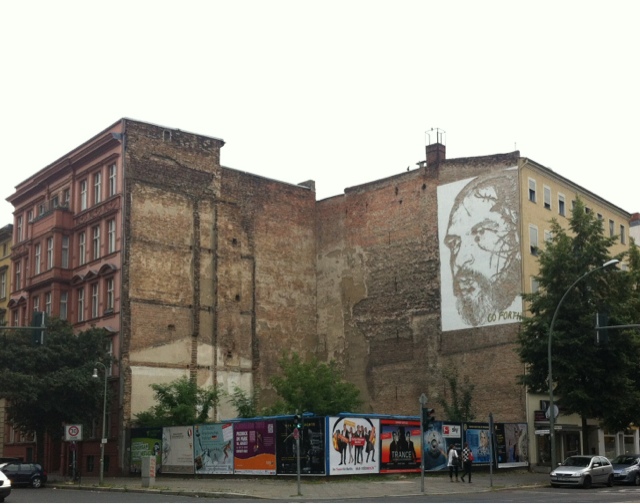 One thought on “Willkommen in Berlin!”